We’ve been family owned-and-operated for 35 years and are dedicated to answering your questions promptly. Email or call us and we’ll get right to you.

(And yes, a real person picks up the phone.) 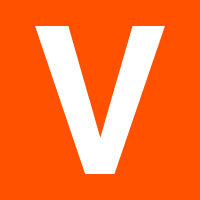 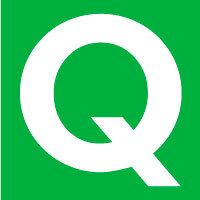 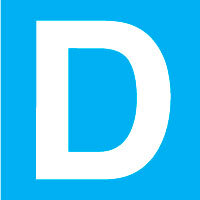 Much discipline and effort has been invested in this achievement. Coming of age in Miyajima in Hiroshima Prefecture, with its rich tradition of crafts based on the use of wood, Yamanaka had been fascinated by way in which wood, as a material, is able to change shape. University educated as a mechanical engineer, and self taught in German language to enable his study of modern industrial processes, Yamanaka established Maruni Wood industries as one of the first Japanese companies to achieve modern design quality furniture produced with modern manufacturing methods.

During the 1960s, Maruni developed its own carving machines and other advanced machines production processes to manufacture furniture that featured sculpted carvings, achieving the high quality that had been previously associated with hand crafting one unit at a time. These sofas, ottomans and wooden chairs continue to represent the most successful Western-style furniture ever produced in Japan.

Like so many others, Maruni’s record sales collapsed with the Japanese bubble economy. “Japanese furniture in Western style had previously succeeded to the culture of Western Europe,” explains Andrew Fisher, owner of the Arkitektura Consortium in San Francisco and Birmingham, Michigan near Detroit. “But such an approach has no real historical significance. Their sense of impending crisis motivated Maruni to explore, once again, what chairs are really all about,” continues the Arkitektura Showrooms chief executive officer. “It was in this context that Maruni was presented with a raft of new ideas by the architect and product designer Masayuki Kurokawa.” Both classic and new furniture concepts from Maruni Wood Industries may be viewed at the Arkitektura Showrooms.

Thus was the “nextmaruni” project born in 2004. Throughout the history of the firm, Maruni had directed and managed every aspect of the design process. The change was profound. Now twelve designers from all over the world were challenged to create their own designs, and Maruni’s talent was directed to build them. This intense collaboration between these designers and Maruni produced beautiful new forms that attracted attention from all over the world. These were chairs as works of art created through inspired design and the most advanced furniture manufacturing methods of Japan.

“It is always a pleasure for the Arkitektura Showrooms of San Francisco and Detroit (Birmingham, Michigan) to introduce the beautiful beech, oak, maple, birch, walnut cedar and pine furniture of Maruni to architects, interior designers and private customers,” concludes Andrew Fisher, whose showrooms are authorized representatives.

“The two seat sofa and three seat sofa by designer Naoto Fukasawa are important foundations of the Hiroshima concept. Not to be missed are the armless chair of Nextmaruni designed by Shin Azumi, the arm chair for the Club concept by designer Jasper Morrison, and Bench 165 from the Asian Bench concept, also designed by Naoto Fukasawa,” Fisher says.

Through their efforts at reinvention, the furniture of Maruni fuses the Japanese sensibility of the delicate with the technical craftsmanship to create furniture that will look good with the passage of one hundred years.

We hope everyone is staying healthy and well!

In accordance to the SF Bay Area "Shelter in Place" mandate we are doing our part to help stem the spread of the Covid-19 virus. Please know that we here at Arkitektura San Francisco have decided to close both our showrooms effective Tuesday, March 17th until further notice.

During this time, we will be working remotely and are here to support you.
In preparation we have available visual presentations of our showroom, enabling you to virtually see what is on our showroom floor currently. We can guide you through product selections, with finishes, fabric and leather options. We will in turn get samples to you as soon as they are available to us.

Most of our vendors have confirmed that in the interest of their team's safety, they are also closing during this time. Therefore, please note, that we are experiencing delays in both production and shipping. We are working closely with all of our partners and we will make sure to update you all as soon as any new information is provided to us. Please do not hesitate to reach out to us or to our operations team if you have any questions. We are here to help.

From all of us at Arkitektura, we hope to hear and chat with you very soon!

We are here for you.